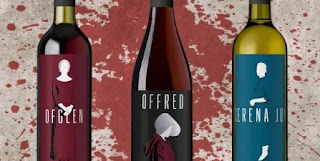 The poor judgment of wine marketing people never ceases to amaze me but surely this marks a new low point.

“IT’S USELESS TO RESIST…SO YOU MAY AS WELL GIVE IN.” Who the fuck thinks rape-themed wine is a good idea?
— Margaret Lyons (@margeincharge) July 10, 2018

MGM, the producer of The Handmaid's Tale, released a line of wines last week inspired by the characters from the dystopian TV show to be sold on the internet wine sales website Lot18. Elisabeth Moss and Alexis Bledel‘s characters, Offred and Ofglen, both inspired red wines, while Yvonne Strahovski‘s Serena Joy was a white blend. 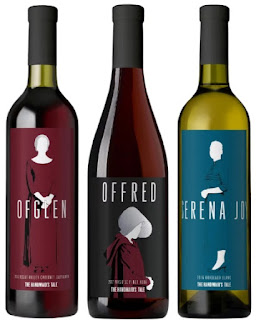 People reports that according to screenshots on Twitter of the now-deleted Lot18 page for the products, they described Offred as “completely stripped of her rights and freedom.”
“Offred must rely on the one weapon she has left to stay in control — her feminine wiles,” the description continues. “This French Pinot Noir is similarly seductive, its dark berry fruit and cassis aromatics so beguiling it seems almost forbidden to taste. But it’s useless to resist the wine’s smooth and appealingly earthy profile, so you may as well give in. Nolite te bastardes carborundorum, indeed.”