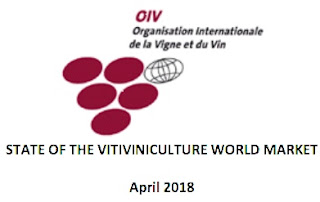 The 2017 total world area under vines (corresponding to the total surface area planted with vines,
including that not yet in production or not yet harvested) is estimated to be almost equivalent to that
of 2016 (-22,000 ha), reaching 7.6 mha.

The latest available data shows a trend towards the stabilisation of the overall area under vines in
France (787 kha), Romania (191 kha) and Germany (102 kha), and more recently in Greece. In
contrast, vineyards in Spain (967 kha) are estimated to have decreased by about 8 kha between 2016
and 2017, while those in Italy (695 kha) are estimated to have grown by 5 kha. 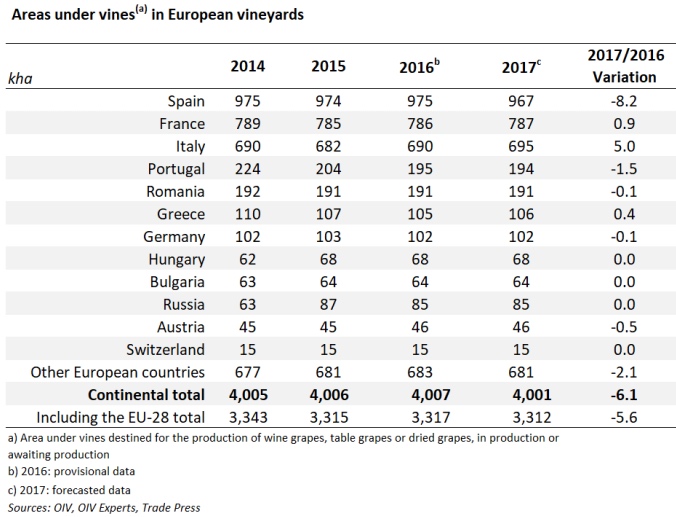 Vineyards outside Europe appear to have remained stable between 2016 and 2017, reaching anestimated 3.6 mha. This apparent stability is the result of contrasting developments.
In Asia, the expansion of Chinese vineyards (870 kha) slowed after 10 years of strong growth, whileTurkey (448 kha) saw its vineyards decline at a sustained pace, falling by 19.7 kha between 2016 and2017. And so it seems that after having been the main centre of global vineyard growth, Asia is nowexperiencing a moderate decline in its area under vines.
North and South America did not record any significant variations in the size of their vineyard surface area between 2016 and 2017. The same was almost true in Oceania: the recent downturn in Australian vineyards (145 kha) seems to have slowed, while New Zealand’s vineyards remained more or lessstable at around 40 kha.
Finally, South African vineyards (125 kha) have been slowly declining since 2012 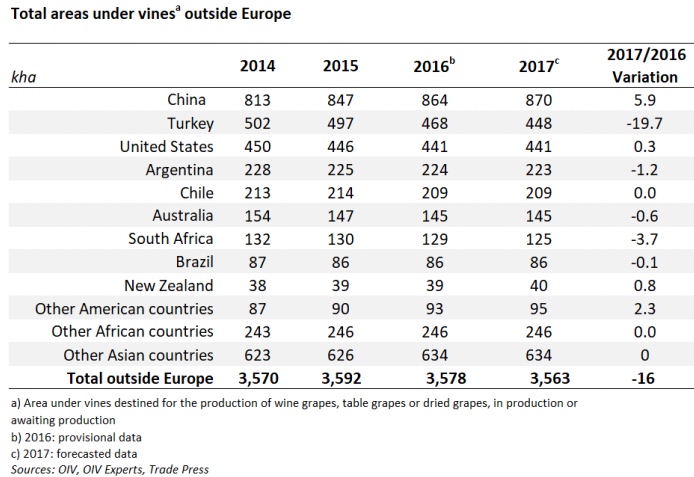