2017 EU vinified production is estimated at 141 mhl, a 14.6% drop compared with 2016. This situation is the result of adverse weather conditions in the main wine-producing countries in Europe. This production figure is 4.5% lower still than the very low volumes produced in 2012 (147 mhl).
Outside the European Union there were contrasting developments in these regions: 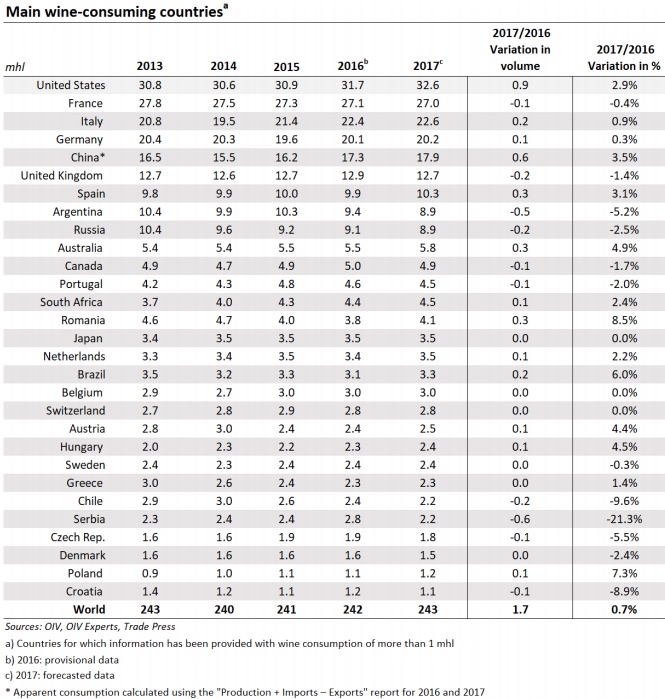