The weekly letter from a wine maker/merchant 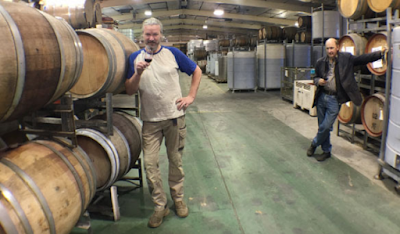 At Glug we are makers and merchants, Regular travel looking at good wines made by other makers plus making an increasing amount ourselves combines the best of all worlds.

Wine attracts a good crowd. The drinkers are different to the average population and the retailer’s best stores are in wealthier suburbs. You likely agree this tells us better wines cost more.

Another generalisation says the pinnacle of achievement in the wine business is developing a great palate and you have made it upon becoming a senior wine judge. Customers who take their hobby seriously aspire to similar heights.

I do not rate this accomplishment as much. How can you when thousands are required to judge the large numbers of wine shows, more are needed to score bottles submitted to magazines, on-line blogs, and newspapers; and then add the thousands of sommeliers who display similar skills to compile wine lists.  In passing I note such lists do not just appear but are now curated.

From this may I will tell you what is scarce; common-sense, wine merchants-wine makers that can act in your interest, finding and delivering interesting wines at the right price.

We began with many skills but even so had to learn how to play the odds. Setting up in South Australia increased our chances and these improved again by living in the Barossa Valley.

We still travel a lot and ten days ago, Benjamin bottled the Andrina Langhorne Creek Shiraz 2016, a great discovery and for under $9 you are drinking well.

We found overtime locating the gems made by others had limits so from 2010 increased the wines we make. Being able to offer Barossa reds, vintage in and vintage out, like the Goat Square Barossa Valley Shiraz 2016, and the Karrawirra Barossa Valley Cabernet Sauvignon 2015 brings you what we cannot acquire in the market place. And to these I add wines like theVillage Belle Barossa Valley Bonvedro 2016 which are rarely offered.

While large tastings, like the Royal Melbourne Show or the London Decanter Awards must have some use it is no longer about protecting consumers from bad wine making by ‘improving the breed’ as we say in Australia. No, these days a deep wealth of highly trained wine makers roam the world protecting you.

Today your problem is staying level headed as a consumer and not rushing to follow a trend whether it be ‘natural wines’ or the latest white from the slopes of a volcano.
So Drink Well.
David Farmer,
Wine Merchant
Labels: David Farmer