Australians now consume almost as much alcohol from wine as they do from beer. 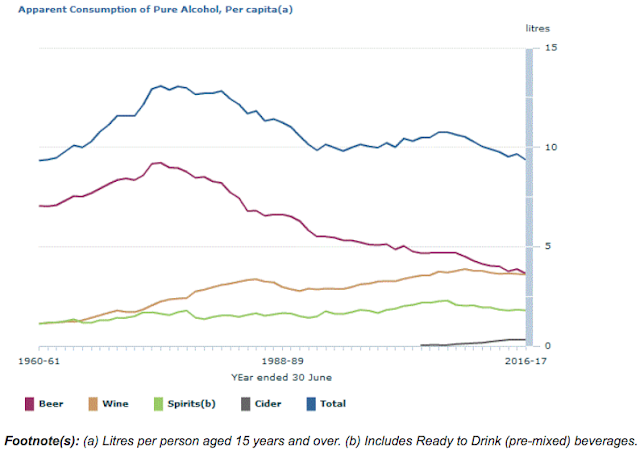 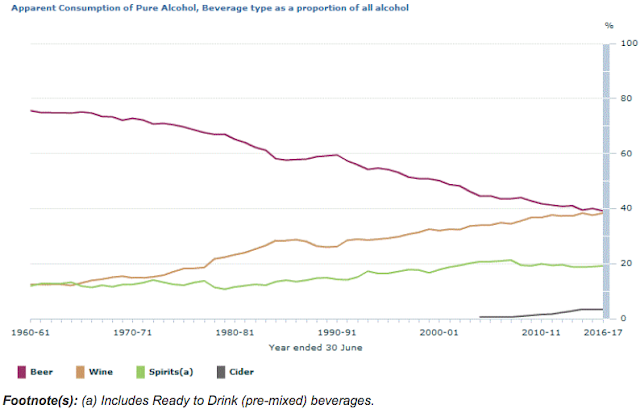 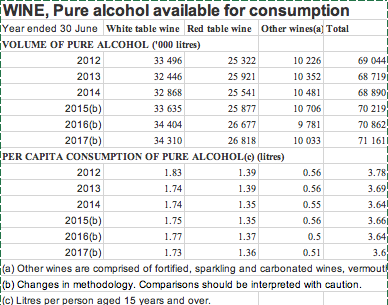 The volume of wine available for consumption was 561 million litres in 2016-17, this was the largest ever recoded volume, with the second highest being 2015-16 (559 million litres). In per capita terms, this was 28.4 litres, equivalent to just under 38 standard 750 ml bottles per year or around almost 5.5 glasses (standard drinks) per week for each person aged 15 years and over. 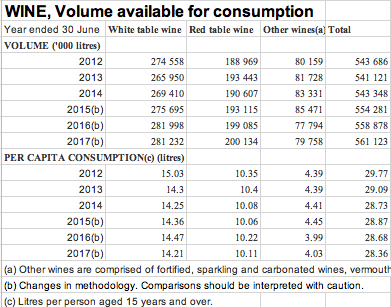