Some Dirty Dancing in a wine store 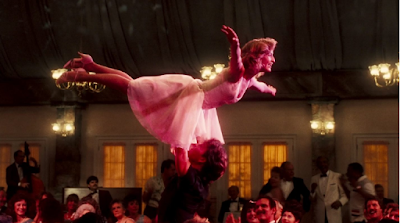 The Owl's thanks go to The Fabulous Ladies' Wine Society for drawing his attention to a Florida newspaper reporting that last month a 24-year-old woman was arrested by police after attempting to recreate a scene from the 1987 film Dirty Dancing while in a wine retail store. She and another woman were escorted from the store for “causing a disturbance,” according to the police report.

The women, in between their dancing, were also attempting to purchase wine.

The Ladies' report of this event continued: "So which bit from the movie was it that they were trying to nail? According to news reports 'it’s not clear what scene [the women] worked to reenact.' Unfortunately, we’ll never know if it was the iconic lift, the cha-cha or the “lover boy” scene that was causing the commotion. To be fair though, it’s never quite clear when we try and reenact it at home either…"
Labels: Dirty Dancing The Fabulous Ladies' Wine Society