Everything old is new again as flavoured wine makes its comeback 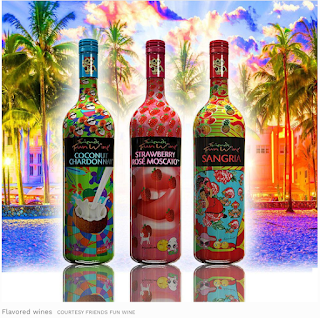 The Owl is old enough to remember selling thousands of cases of a fruit flavoured wine known as West Coast cooler. It was quite the sensation back in the 1980s and I saw a four pack in a store recently so it still exists. Goodness knows if it is any longer wine based because an excise change in the USA made it cheaper to use malt liquor.
So maybe Funs Friend Wines will be the brand to revive the wine based category. FFW reckons it has hit on a winning formula. Scott Morris, VP Public Relations, Marketing Communications and Social Media says “...sales have increased each of the last 2.5 years, with over 200% growth…average sales velocity at major retailers is two times the industry average of sales by cases per week. During in-store tastings we average about 36 bottles/hour (4 hour tasting).”
Not yet available in Australia but a Coconut Chardonnay and an Espresso Cabernet are surely not far away.
Labels: Flavoured wine